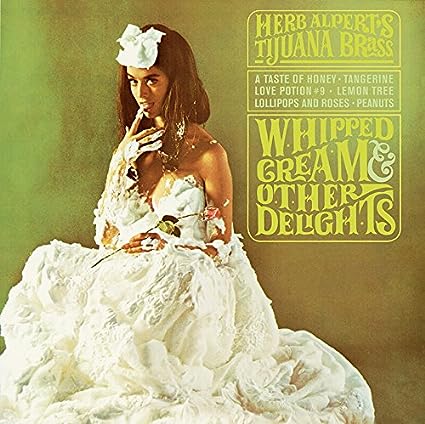 Anticipating a flood of new digital reissues arriving in 2016, Herb Alpert Presents is releasing the 50th anniversary edition of Whipped Cream & Other Delights.  This is the classic album that seemingly everyone owned in the 1960s!  It is being presented on newly remastered 180 gram vinyl, as well as a new remastering on CD, with original cover art.  Release date is Friday, Nov. 20th.  Preorder now from Amazon.  Digital releases will come later, but you can still get the Amazon or iTunes downloads of the older Signature Series remasters.  Keep in mind that the new 2015 versions of this album do not include the two bonus tracks which were available on the Signature Series remasters so, if you own that version you may want to hang onto it, or you might want to pick up a copy of the old Signature Series CD before stocks are depleted.

Herb Alpert In The News

Many of these albums can be purchased via Amazon, iTunes, eBay, and many other participating retailers.

Visit Amazon to see our full list of official releases.

Our full discography feature will return in the future.